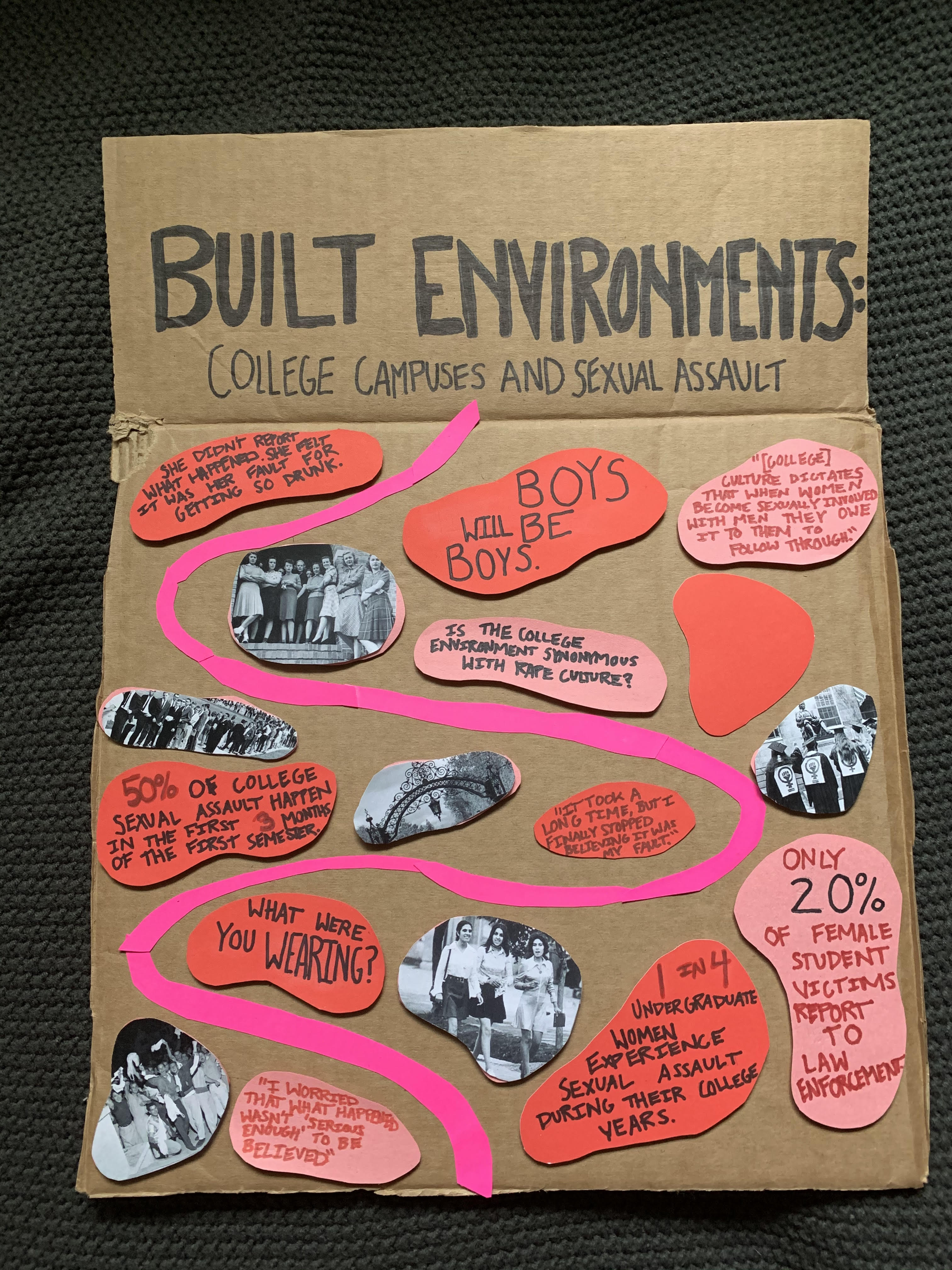 This piece highlights issues of college campus sexism, sexual assault, and rape culture. With this piece, I wanted to create awareness around the college culture that encourages rape and sexual assault. I also wanted to highlight that this type of environment, human made societies and communities, is not always considered when discussing environmental justice, but is just as important. The piece is done on cardboard, and features the title, “Built Environments: College Campuses and Sexual Assault.” It consists of pink and red bubble-like shapes, structured around a neon pink path way, symbolizing the path through college and the risks of sexual assault throughout that path. It includes quotes about sexual assault, handwrittin inside the bubbles. These quotes include statistics, “1 in 4 undergraduate women experience sexual assault during their college years,” “Only 20% of female student victims report to law enforcement,” and “50% of college sexual assault happens in the first 3 months of the first semester.” Other quotes, words from survivors, common rape culture rhetoric and statements, from the top, left to right, “She didn’t report what had happened. She felt it was her fault for getting so drunk (Huffpost.com),” “Boys will be boys,” “[college] culture dictates that when women become sexually involved with men, they owe it to them to follow through (TheAtlantic.com),” “Is the college environment synonymous with rape culture?” “It took a long time, but I finally stopped believing it was my fault (Huffpost.com),” “What were you wearing?” “I was worried that what had happened wasn’t ‘serious enough’ to be believed (bbc.com).” Weaved between the quotes are pictures of college life during the 1950s and 60s, courtesy of google images.