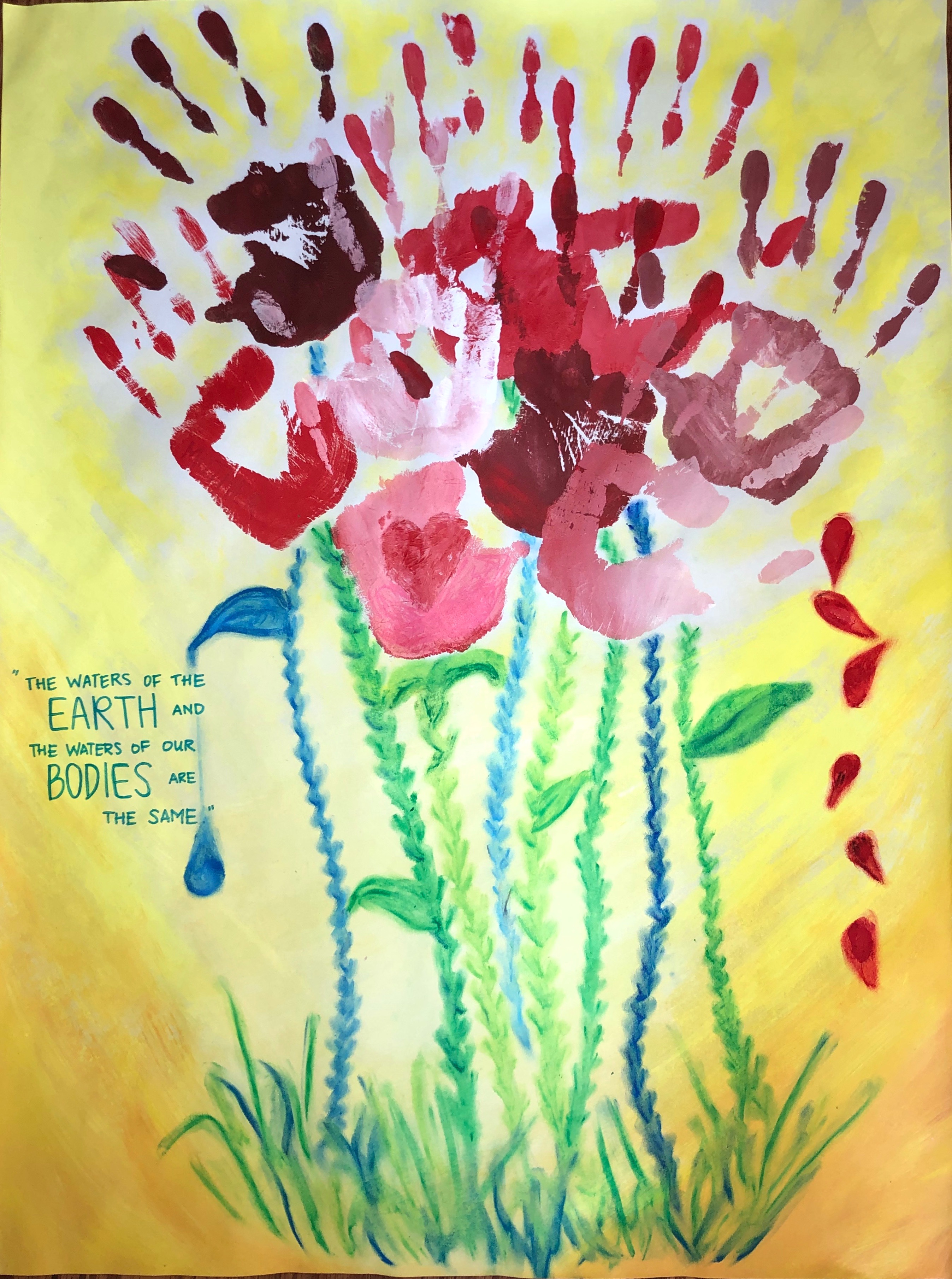 Poster bringing awareness to the Missing and Murdered Indigenous Women (MMIW) epidemic and the continued sharing of Indigenous knowledge through generations - using oil pastels and acrylic on 18x24 in. paper.

This poster brings attention to the Missing and Murdered Indigenous Womxn epidemic and the disproportionate violence experienced by Indigenous women.

I wanted to express the women’s connection between the land and their bodies, so I chose to represent them as flowers growing in a field of grass. The red handprints, representing the petals of the flowers, symbolize the Missing and Murdered Indigenous Women (MMIW) as a figure for the movement. Also, the stems of the flowers appear braided, which shows indigenous knowledge being passed down from generation to generation - referred to as “generational braiding”. On the right of the flowers, you can see red petals falling to the ground, depicting the seeds of knowledge and tradition planted by the MMIW and continued through the next generations.

Additionally, to portray Indigenous Womens’ resilience and strength, I chose a yellow background to signify hope and the rising sun, showing the flowers growing toward a bright future. I also found inspiration from Violence on the Land, Violence on our Bodies - a publication we were introduced to in class - and chose a quote, which reads, “the waters of the Earth and the waters of our bodies are the same.” This quote appears on the left side of the flowers in blue ink, communicating the relationship between Indigenous Women and the land.