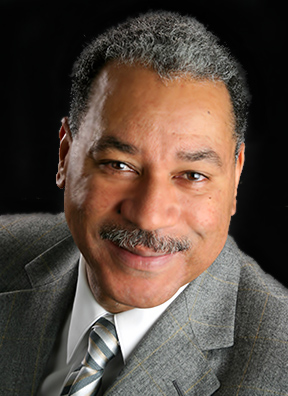 Dr. Cannon is currently on research leave for the 2021-22 academic year. In his absence, Shawn P. Calhoun is serving as acting University Library Dean.

Tyrone Heath Cannon has served as the University of San Francisco’s university library dean since August 1995. Dr. Cannon has also served as USF’s Interim Provost and Vice President of Academic Affairs from February 2020 to July 2021.

Prior to his appointment at USF, he was acting university librarian at Boston College (January 1993–July 1993), senior associate university librarian (1991–1995), and head of reference (1989-1991). Dean Cannon has also served as head of the social sciences division at Oklahoma State University (1988-1989), head of the social work library at Columbia University (1984–1988), and social sciences librarian (1981–1983) at the University of Texas at Arlington. Prior to becoming a librarian, Dean Cannon was a clinical social worker.

Dean Cannon is an active member of the Association of College and Research Libraries (ACRL). He served as the organization’s president in 2003–2004, becoming the third African American president and the first in 30 years. He also served as an ACRL councilor in 2006–2007, and as a member of the ACRL 75th Anniversary Task Force and as chair of the ACRL Academic/Research Librarian of the Year Award Committee in 2014-2015. In addition, he has served on planning committees for ACRL National Conferences in Baltimore (2005–2007) and Philadelphia (2009–2011).

His service to the American Library Association (ALA) includes the Standing Council on Minority Concerns (1993–1995), the Membership Committee (1997–1999), ALA Budget Analysis and Review Committee (2006–2009), and the ALA Nominating Committee (2007–2008). He also recently served on the ALA Elections Process Task Force.

Dean Cannon has been active at the local, state, and national levels, serving on the Friends Board of the San Francisco Public Library (2006–2012, 2016-present), Catholic Research Resources Alliance Executive Board (2012–present), Marin County Free Library Board of Commissioners (2015–present), California Library Services Board (2004–2014), Statewide California Electronic Library Consortium Executive Board (2012–15), the Center for Research Libraries Board of Directors (2016–present), and the University of North Texas LIS Board of Advisors (2009–present). He also was an adjunct faculty member at the University of North Texas School of Library and Information Sciences in 2012.